ASAR Training and Response instructors have decades of combined experience within the rescue and response fields. Assembled from a variety of work backgrounds ranging from military and law enforcement to veterinary medicine and environmental research, our team of specialists provide a unique combination of knowledge and experience that elevates the ASAR training platform to an unmatched level. 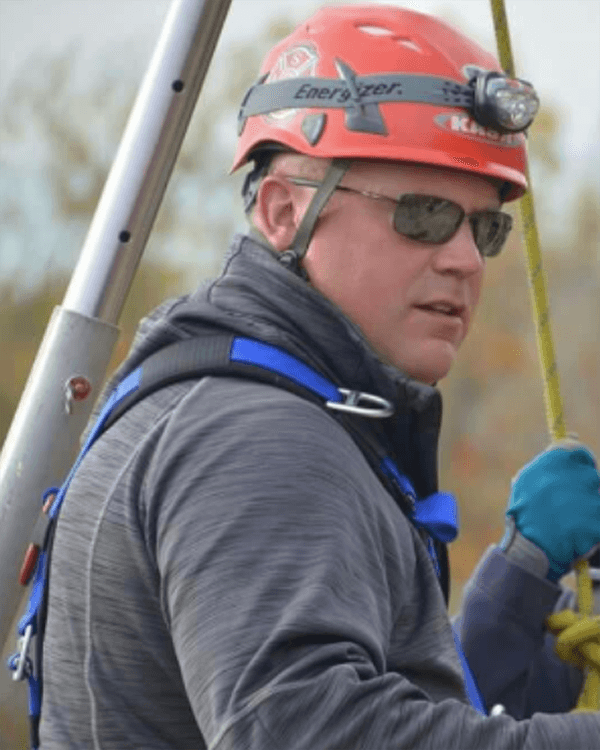 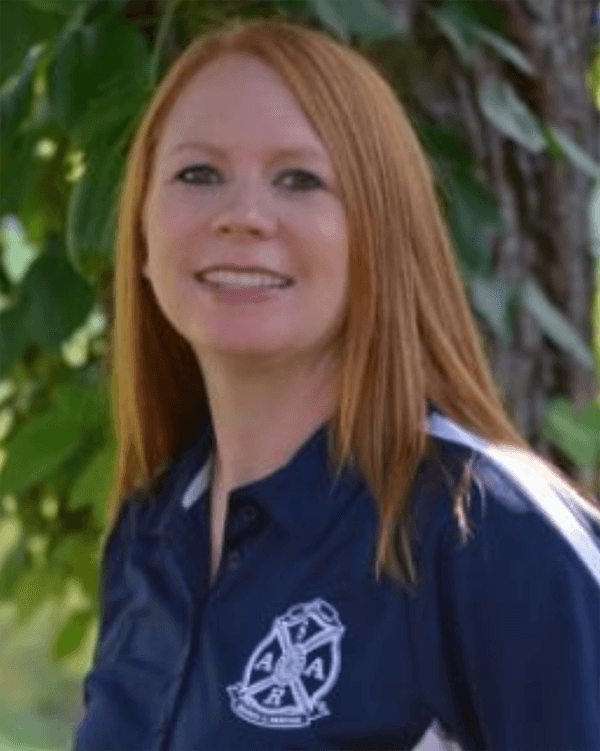 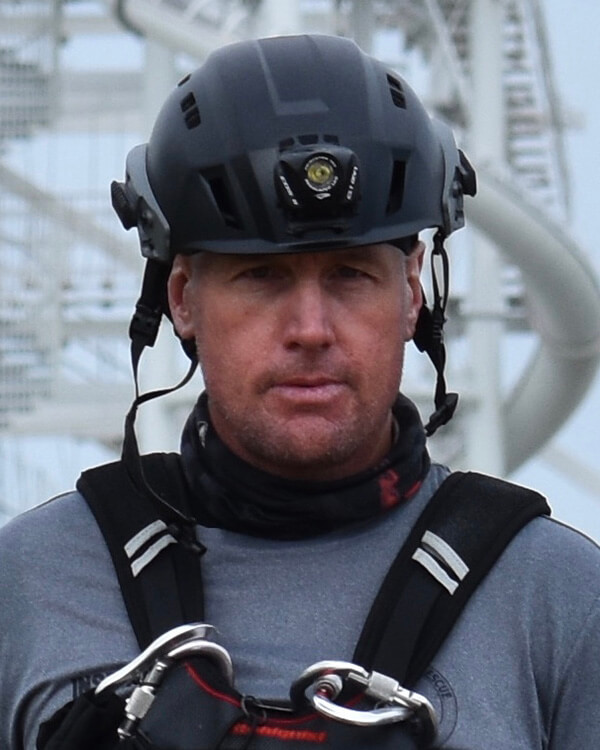 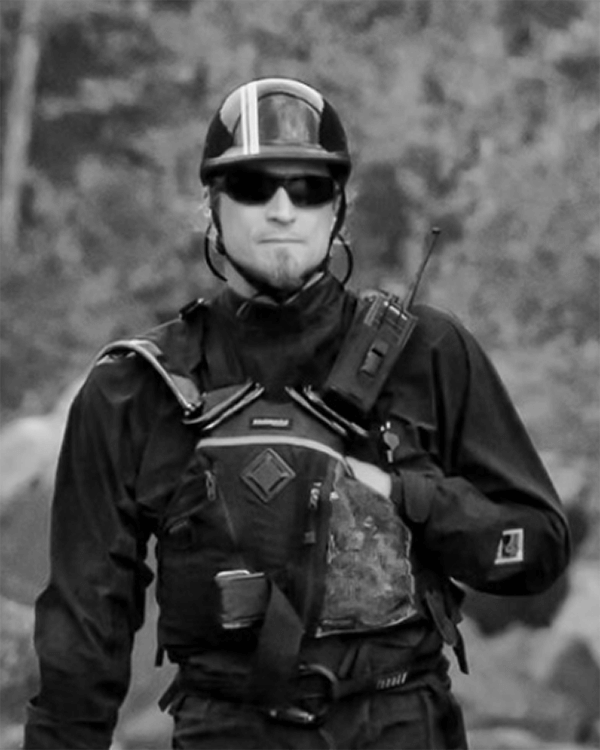 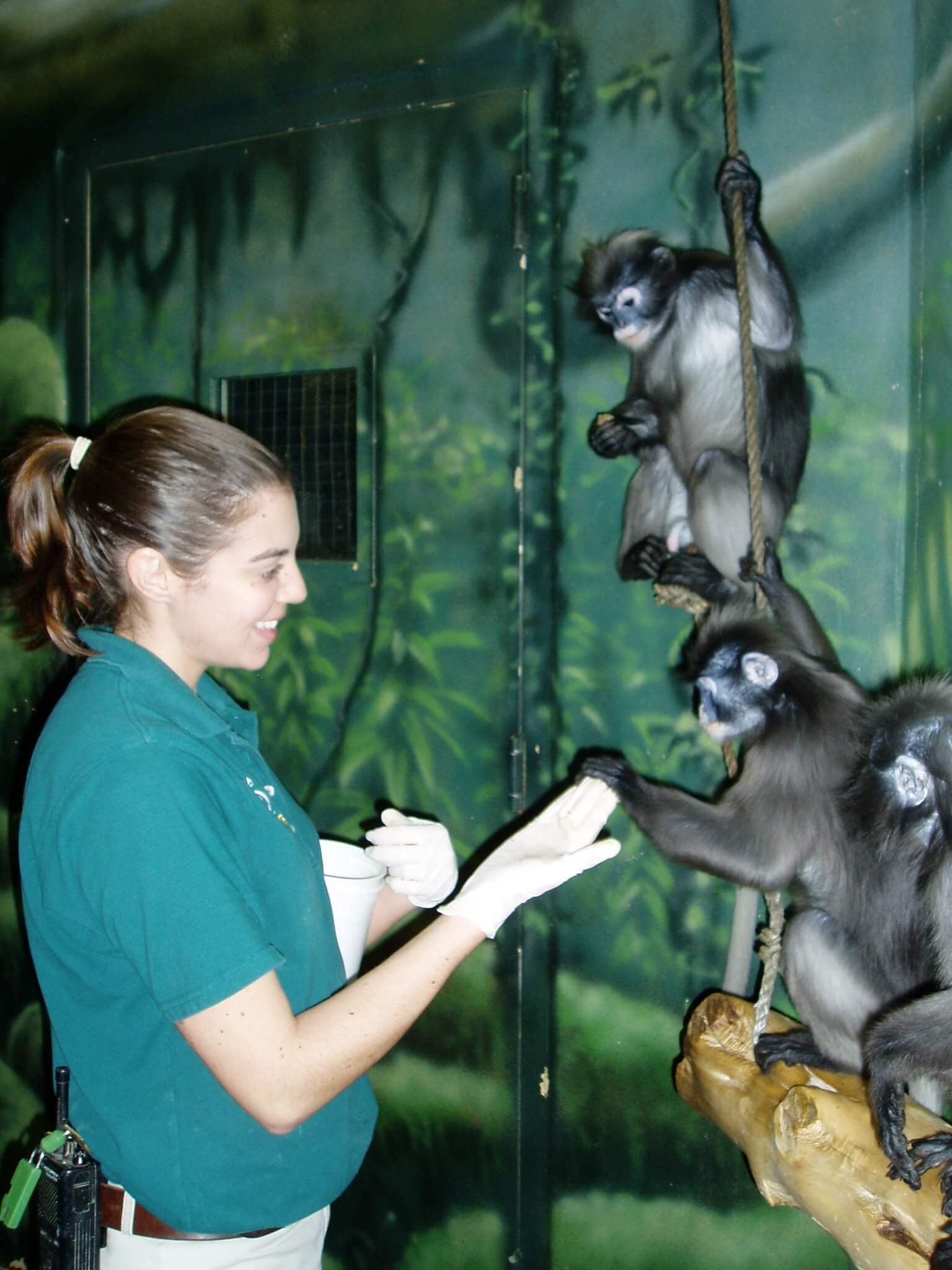 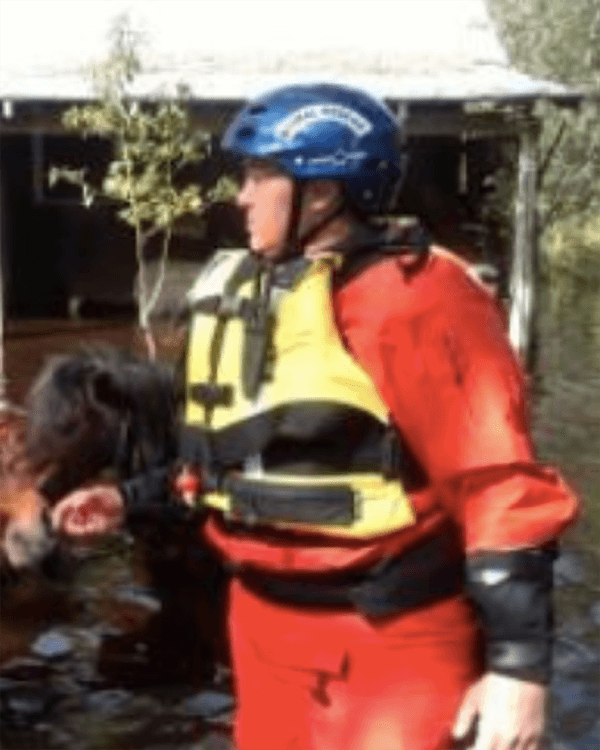 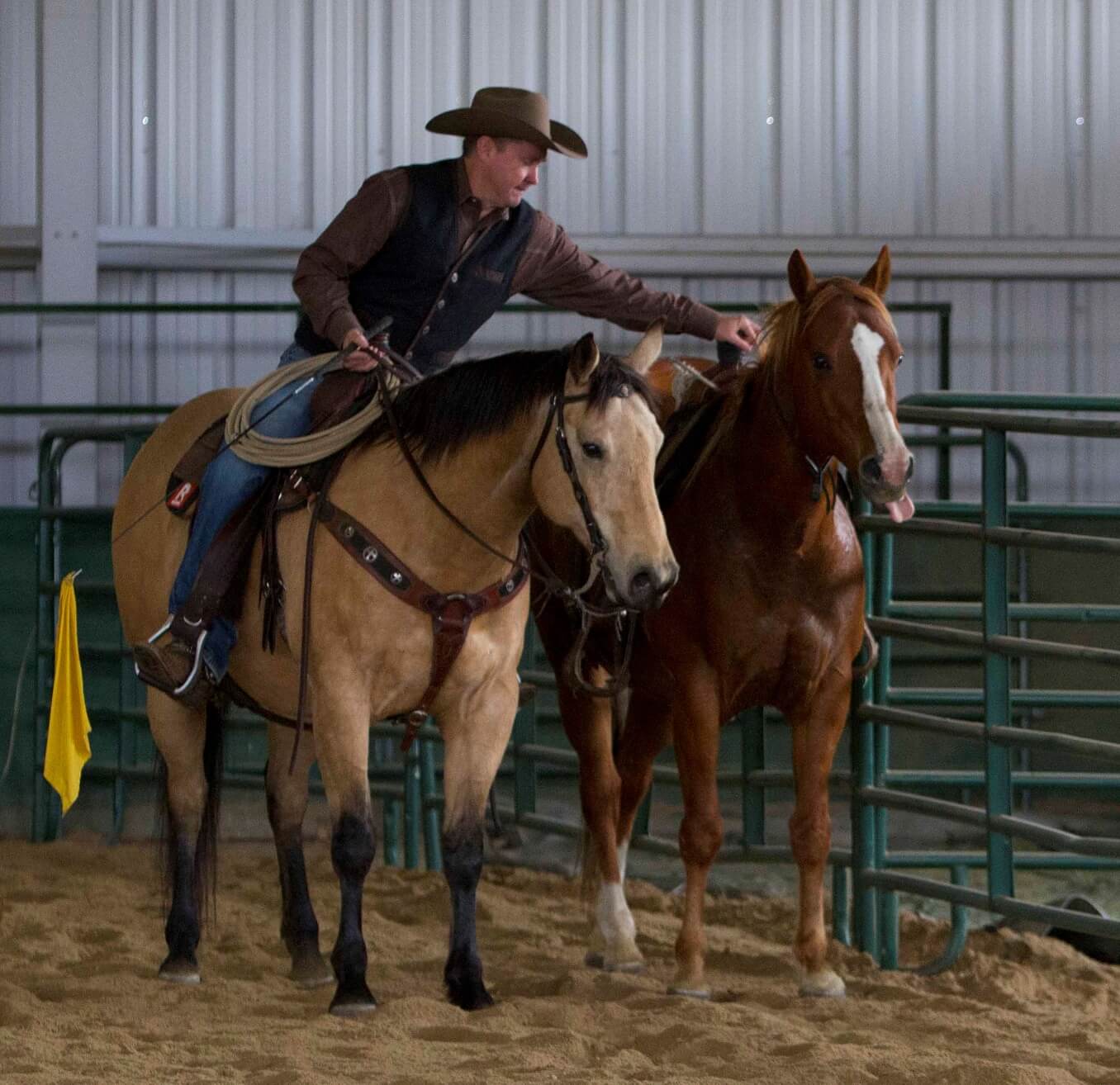 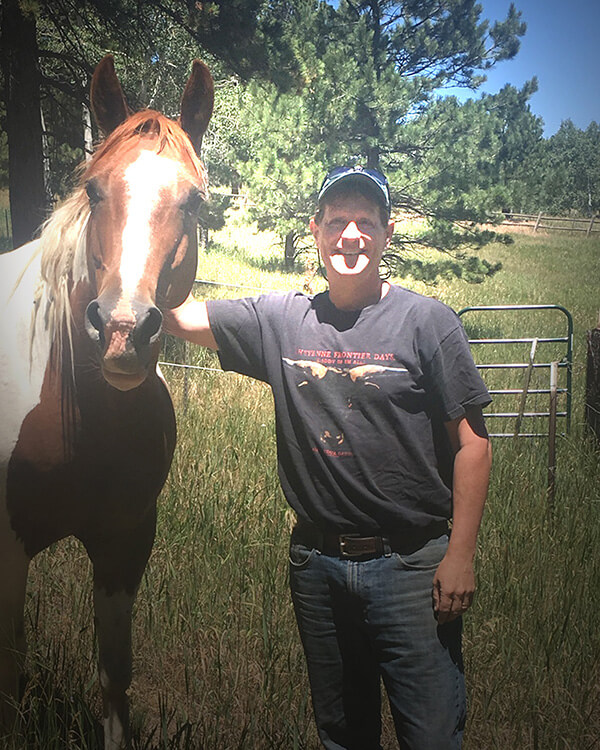 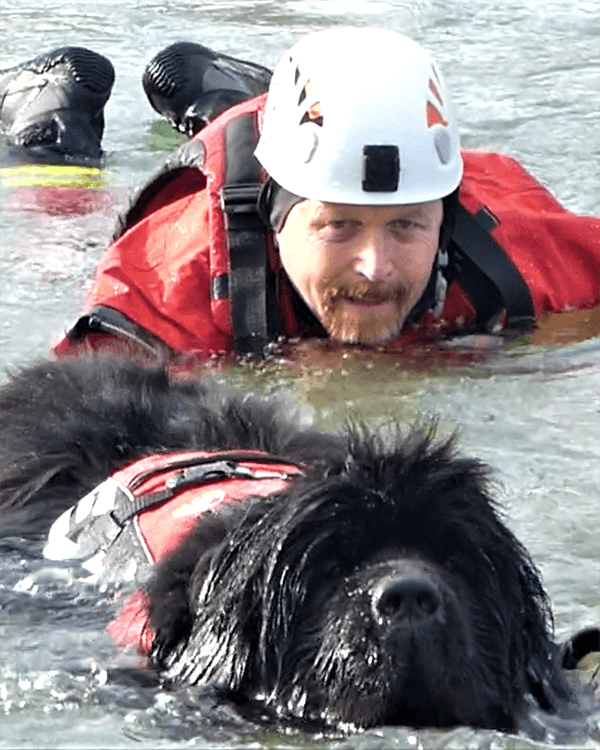 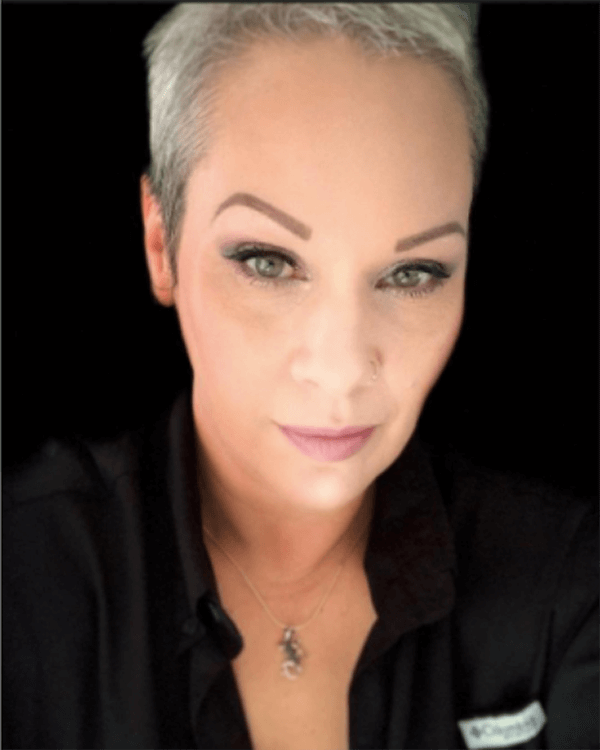 Keep Up With the Latest News from ASAR

Greg Merrell is a District Chief th Oklahoma City Fire Department assigned as a Station Officer and Ride-Out District Chief Officer.  He has previously been assigned as the Station/Company Officer with the Technical Rescue Station and HazMat Response Station with Oklahoma City Fire Department.  As a technical rescue/HazMat Officer his duties include responding to all technical rescue incidents in the Oklahoma City Metro Area, to include: Rope, Trench, Confined Space, Structural Collapse, Vehicle Extrication, HazMat and Swift Water Rescues and SCUBA Dive Rescue/Recovery incidents. Greg is a Task Force Leader with the OK-TF 1, US&R Task Force.  His most recent deployments in 2019 with OK-TF 1 include deploying as Task Force Leader to El Reno, OK for tornado response and to Tulsa, OK for Flood/Swift Water Rescue Deployment. He also deployed as Rescue Team Manager in 2019 to Florida for Hurricane Dorian. He served as the Rescue Team Manager during OK-TF 1 Deployment to the May 2013 Tornadoes.

Greg has 11 years of Fire/Rescue Instruction Experience.  He is responsible for both initial and continuation training of members of OK-TF 1 and Technical Rescue Training of OKC Rescue personnel. Greg has instructed rescue teams throughout the United States, training Firefighters, Technical Rescue Teams, EMS personnel, Law Enforcement, US&R teams and Military personnel in swift water rescue, boat operations and disaster response.  He consults with Oklahoma Department of Homeland Security on the development of Water Rescue Response Team Training and Requirements for the state of Oklahoma.  In addition to his rescue background, Greg also instructs Fire Officer I & II courses, Instructor Courses and Firefighter I & II skills training and academies. He served on Active Duty in the U.S. Army as a UH-60 Blackhawk Helicopter Pilot in Command, Unit Trainer and Aviation Safety Officer.

He also has experience presenting at conferences throughout the United States.

Mandy is a 22 year veteran of the professional zoo and aquarium field where she has held positions in animal husbandry, education and management, as well as elected positions on professional animal management committees within the Association of Zoos and Aquariums. Her experience with exotic animals includes non-human primates including great apes, small and large carnivores, marine mammals, reptiles, amphibians, hoof stock and birds. Mandy has taught numerous courses in best practices in animal care as well as safe handling and restraint of exotic species. She is well versed in USDA and AZA standards of animal welfare and compliance. Currently she is the Program Coordinator for companion animal disaster response in her home state of Delaware. Mandy's extensive background in the safe management of exotic animals combined with her knowledge of federal and state emergency management make her an excellent resource in training and consultation for ACO's, first responders and exotic animal facilities across the nation

Mike Mather started Mather Rescue in 1991 having gained his swiftwater rescue experience as a Class 5 international whitewater and rock-climbing guide. Mike is one of the more experienced and entertaining rescue professionals in the industry. As a Rescue 3 International and American Canoe Association Instructor Trainer Educator he has taught technical rescue courses all over the U.S. as well as internationally in Swiftwater, Boat Operations, RWC/ PWC, and Technical Rope. Mike is known to often have an unconventional approach to these topics and he excels at keeping them clear, accessible and applicable for military, rescue professionals, experienced boaters and novices alike.

Morgan has been involved in animal welfare for over 15 years in a variety of capacities. Currently she works for The Humane Society of the United States as a Field Responder for both man-made and natural disasters. In addition to fieldwork, she manages their temporary shelters for the victims of these disasters. Prior to working with HSUS Morgan lead a team in the opening of one of the nation’s largest spay and neuter clinics, First Coast No More Homeless Pets. As a CPDT-KA and member of IAABC, in addition to years of hands-on experience, Morgan has extensive knowledge of animal behavior and handling skills. In her free time she volunteers at her local animal control as well as with multiple international organizations which have lead to her working with everything from feral cats to endangered white rhinos. Morgan is a certified ASAR Technician in a variety of technical animal rescue disciplines including Floodwater/Boat Operations, ASAR SRT-1, Low/High Rope rescue, Large Animal Rescue Operations, among many others. Morgan’s recent deployment experience includes Hurricane Michael, Hurricane Florence, The Camp Fire (Paradise, CA), and Alabama tornadoes.

Eric Thompson is a graduate of Kansas University with a B.G.S. in Environmental Science and graduated the Kansas Law Enforcement Training Center with his Police commission. Currently Eric is working the Director of Disaster Response for Code 3 Associates; and serves as the Past-Chair position for the National Animal Rescue and Sheltering Coalition (NARSC). Eric also teaches and provides technical animal rescue operations for ASAR Training and Response based in Kansas City; and is an instructor for the International Technical Rescue Association (ITRA). Eric is certified as a Swiftwater and Technical Rope Rescue Technician and also in water, mud, rock, ice, fire and trailer rescues of animals. Eric has received over 25 certificates of achievement from FEMA in regards to disaster response and planning; and is working with several States as a disaster planning consultant by incorporating animal-related operations into existing Emergency Support Functions. Eric also instructs technical small Animal Search And Rescue classes (Swiftwater/Flood Ops/Ropes) that meet updated NFPA 1670 guidelines and FEMA resource typing for Fire departments and first responders. For more information on training go to www.eerular.org.

Angela is certified in TLAER, swiftwater rescue technician, technical  ice rescue, technical rope rescue, mud and trailer rescues. She is also a professional animal handler and shelter lead for emergency sheltering. She has received over 25 FEMA certificates of achievement in disaster planning and wildland fire awareness; her training meets the current  NFPA 1670 guide lines for animal search and rescue.

Cathy Hammack is currently a Program Director for Johnson County Parks and Recreation.  Along with Cathy’s love for working with kids, she has an extensive background with many species of animals.  Cathy graduated from Pittsburg State with a Bachelors in Biology, and her Graduate degree from Texas Christian.  She worked in law enforcement as an Animal Control Officer for 5 years, while working as a Veterinary Technician for 14 years.  Cathy is currently a Senior Team Leader for Code 3 Associates, and has been an ASAR Instuctor since 2006.  Cathy is certified in swiftwater, floodwater, low and high angle rope rescue, and technical large animal rescue.

Scott Alexander began his involvement in animal search and rescue volunteering with the Jefferson County Horse Evacuation Team during the Lower North Fork Fire in Colorado in 2012. Since then he’s participated in several fire evacuations and the 2013 floods. He’s been increasingly involved in the ASAR community and is currently a trainer and responder with Jeffco HEAT, the Emergency Equine Response Unit and Code 3 Associates.

Scott is a certified technician in high and low angle ropes, swiftwater, boat operations and ice rescue, and has wildland fire training. His training meets the current NFPA 1670 guidelines for animal search and rescue.

Scott has been involved with animals throughout his life, beginning with a backyard pony, geese and dogs. He’s a proud 4H father and was a leader for over 10 years in the Dog, Horse and Vet Science projects. His current hobbies include horseback riding and training his Newfoundland dog in water rescue.

Scott Alexander holds a Ph.D. in Aerospace Engineering, a B.S. in Physics and works in the aerospace industry developing next generation space systems.

Andy Petrick has lifetime of experience in the back country including a history of mountain search and rescue that began when he was eight years old.

He currently serves as a lead trainer and responder with the Jefferson County Horse Evacuation Assistance Team in Colorado and is a responder and assistant trainer with the Emergency Equine Response Unit and Code 3 Associates.

Andy is a certified technician in high and low angle rope, swiftwater, and ice rescue, and has wildland fire training. His training meets the current NFPA 1670 guidelines for animal search and rescue.

Animals have always played a role in Andy’s life and he has a passion for their care and their relationship with people. To this end, he served as a 4H organizational leader for close to 10 years with a focus on helping kids learn about animal husbandry.

Andy Petrick holds a Masters degree in Business Administration from the University of Colorado and is a Principal Fiduciary Officer and Certified Trust and Financial Advisor serving clients across the United States with their financial and estate planning needs.

Ken Gilden started learning Rescue Training at a very young age. When Ken was 10 years old, he was a Jr. Lifeguard and later became a Lifeguard. Ken also grew up in the Idyllwild Fire House where his dad worked as the Fire Chief.

Animal Fire Rescue Training was started by Ken Gilden to provide an agency neutral training platform for Animal Rescue Groups as well as Fire agencies that want to use Fire Rescue Standards in Animal Rescue situations.

The Animal Fire Rescue Training Facility is located on a 5-acre property in Alpine, San Diego where he is also the Vice President of the Alpine Fire Safe Council.

Jen Davis is a native of North Carolina and has a combined 28 years of experience working in a variety of disciplines including: Animal Control, Fire Department, Law Enforcement, Medic, Veterinary Technician and as an Animal Cruelty Investigator. She spent most of those years in the field and has been part of operations during natural and man-made disasters. Jen currently owns and runs, Code Venom Trauma Solutions and Herpetological Education and Rehabilitation Project, which specializes in venomous animals and crocodilians. Jen travels the United States teaching: TCCC/TECC, BLS,ACLS,PALS,PHTLS,OPERATIONAL TRAUMA AND INCIDENT RESPONSE, PRE-HOSPITAL ENVENOMATION RESPONSE, DANGEROUS ANIMAL CONTAINMENT/CAPTURE/CARE & SEIZURES, CRUELTY INVESTIGATION, and as a Consultant for agencies.

Carla Lewis is currently an Animal Control Officer in Leawood, Kansas, and is the President of the Kansas Animal Control Association. Carla attended Kansas State University majoring in Wildlife Biology, and worked as a Zookeeper at the Kansas City Zoo. Carla adapted her exotic and companion animal experience to disaster and technical animal rescue response in 2012; and is on the board of the Kansas State Animal Response Team.  In addition, Carla is a Midwest Regional Team Leader for Code 3 Associates and an instructor/responder for ASAR Training and Response in the Kansas City metro area.  Carla is certified in: Swiftwater rescue, Boat operations, Ice rescue, Technical rope rescue and Technical large animal rescue.  Carla is part of the ASAR Training and Response instructor team with expertise in companion animal handling, capture, restraint/packaging, handling aggressive animals, exotics, and technical large animal rescue, and NFPA 1670 skills.

For over 25 years, professional horseman Garret Leonard has develop equine rescue resources, evacuation planning and disaster programs to first responders, community response teams, industry professionals as well as executed and developed a center for law enforcement for the collection of evidence and rehabilitation of abused and neglected horses that have been removed from their owners by law enforcement.

Garret holds several FEMA certificates and continues his passion of developing next level training. He combines bold thinking with a practical approach that focuses on getting the job done, turning decisions into action and delivering results.

Garret brings his passion and expertise to ASAR as an Equine and Livestock Specialist moving responders from the awareness level to a technical level application.